Asian Disaster Preparedness Center (ADPC) and Japan Aerospace Exploration Agency (JAXA) co-host the 7th Joint Project Team Meeting for Sentinel Asia STEP-3 (JPTM2019) in Bangkok, Thailand from the 12th to 14th of November. This event brings together over 60 Joint Project Team (JPT) members representing Sentinel Asia’s member organizations to discuss the establishment of a data dissemination system for emergency disaster management in Asia and the Pacific region. The meeting will include two featured events, (1) discussion session on the link between Sentinel Asia and the Sendai Framework and (2) training workshop for participating JPT members.

Sentinel Asia is an international cooperation platform in which space agencies, disaster management agencies, and international agencies collaborate on a voluntary basis to combat natural disasters in Asia and the Pacific region by applying remote sensing and Web-GIS technologies. During the first and second JPT meetings, Sentinel Asia established its backbone data dissemination system and operational mechanism for emergency observation. Based on the successful completion of previous steps, in 2013, the 19th Asia-Pacific Regional Space Forum endorsed and recommended that Sentinel Asia proceed to Step 3 which aims at covering the entire disaster management cycle.

Participants pose for a group photo

“ADPC is pleased to partner with JAXA to further improve the use of Sentinel Asia mechanisms. Success is when Sentinel Asia is used to save lives, significantly speed up relief efforts and reach out to those in need, leaving no one behind,” says Mr. Hans Guttman, Executive Director of ADPC.

The JPTM 2019, co-organized by ADPC and JAXA will provide an opportunity for discussion the JPT progress thus far as well as best practices for enhanced future recognition. The JPTM 2019 also highlights the great contribution of Thailand’s Geo-Informatics and Space Technology Development Agency (GITSDA) in supporting Sentinel Asia through the development of Operation Planning Tool for Earth-observation Mission (OPTEMIS). OPTEMIS for Sentinel Asia has some important functions, such as the EOR on WEB, and visualization on the status of DPN and DAN (satellite acquisition time, sharing the footprints and data providing).

The JPTM2019 will enable participants to discuss and address the way forward toward further strengthened link between Sentinel Asia and the Sendai Framework, which is one of the most important global agenda for international disaster management community, with a view to enhancing the visibility and value of Sentinel Asia. 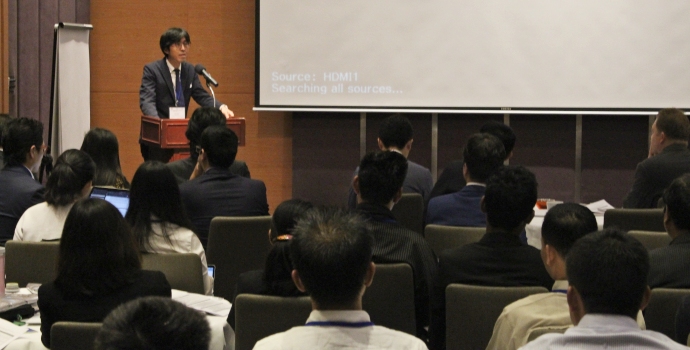 ADPC is an intergovernmental organization that works to build the resilience of people and institutions to disasters and climate change impacts in Asia and the Pacific. Established in 1986, it provides comprehensive technical services to countries in the region across social and physical sciences to support sustainable solutions for risk reduction and climate resilience. ADPC supports countries and communities in Asia and the Pacific in building their DRR systems, institutional mechanisms and capacities to become resilient to numerous hazards, such as floods, landslides, earthquake, cyclones, droughts, etc.

JAXA was born through the merger of three institutions, namely the Institute of Space and Astronautical Science (ISAS), the National Aerospace Laboratory of Japan (NAL) and the National Space Development Agency of Japan (NASDA). It was designated as a core performance agency to support the Japanese government's overall aerospace development and utilization. JAXA, therefore, can conduct integrated operations from basic research and development, to utilization.