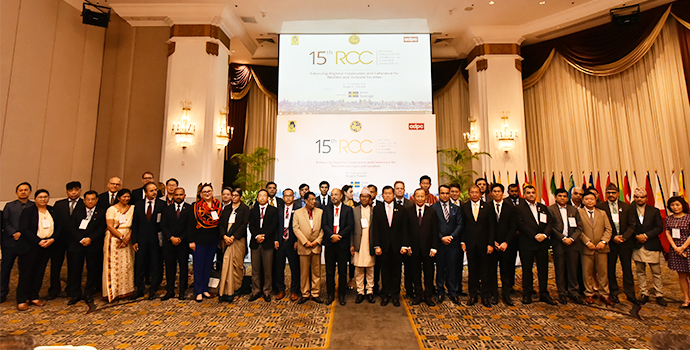 The 15th meeting of the Regional Consultative Committee on Disaster Management (RCC) was wrapped up on 17 January 2020 in Bangkok with an emphasis on promoting inclusive action and enhancing public financing and private investments for a sustainable resilience of people and institutions to the threat of disaster and climate change risk.

Organized by Asian Disaster Preparedness Center (ADPC) and the Government of Thailand through the Department of Disaster Prevention and Mitigation (DDPM), the 15th RCC meeting was convened from 15-17 January 2020. With the central theme of ‘Enhancing Regional Cooperation and Coherence for Resilient and Inclusive Societies,’ the participants discussed milestones, needs, and challenges that RCC member countries are confronted with in the implementation of the Sendai Framework, the 2030 Agenda for Sustainable Development and the Paris Climate Agreement. 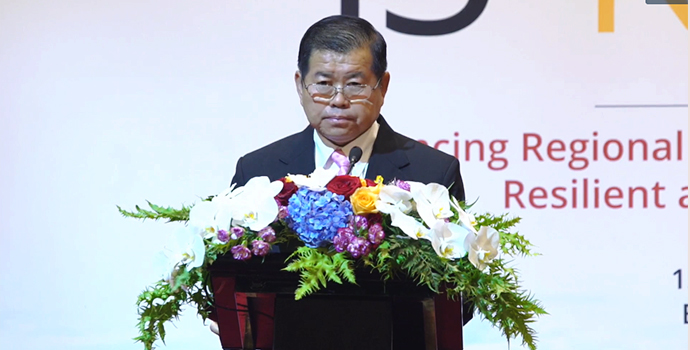 After three days of thoughtful dialogue on a range of topics, such as enhancing the implementation of coherence between the global frameworks, building resilience through inclusive and rights-based approaches, understanding and using data, defining the ability of bouncing back in fragile contexts, the 15th RCC issued the Bangkok Statement on disaster risk reduction and climate resilience in Asia and the Pacific on behalf of over 200 participants.

The Bangkok Statement calls upon the parties of global frameworks to uphold their commitments so that the implementation of inclusive disaster risk reduction and climate resilience strategies and action plans both at national and local levels is not undermined. One of the main points of emphasis was to strengthen regional cooperation, particularly among those countries which are prone to transboundary disaster.

The Bangkok Statement also highlights the need to effectively integrate gender equality into disaster risk reduction and climate resilience, which requires a comprehensive set of actions and meaningful participation of women, children and youth, persons with disabilities, indigenous peoples, and displaced persons. 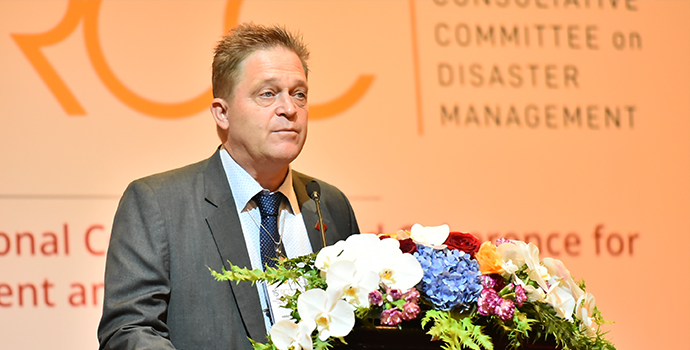 Mr. Hans Guttman, Executive Director of ADPC, gives an overview of the 15th meeting of the RCC.

While pressing the need to do more to mitigate the impact and minimize the damages of disasters, Mr. Niphon Boonyamanee, Deputy Minister of the Ministry of Interior, Thailand, said that the RCC has contributed tremendously to the advancement of disaster risk reduction in the region.

"Thailand has a long history of association with the RCC as we hosted the first two annual meetings back in 2000 and 2001. It is befitting that as we are celebrating the intergovernmental status of Asian Disaster Preparedness Center─the Secretariat of the RCC─ the 15th RCC meeting is also taking place here in Bangkok.” 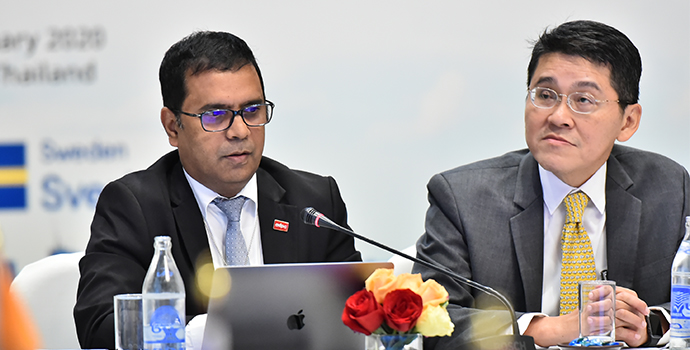 Mr. Aslam Perwaiz, Deputy Executive Director of ADPC (left), shares the progress on the implementation of the Kathmandu Statement that was the outcome of the 14th RCC, held in Kathmandu Nepal in 2018 with an overarching theme of policies and practices for coherence between global frameworks.

Hans Guttman, Executive Director of ADPC, said that discussions at the RCC meetings are anchored in the practicalities of disaster risk reduction and resilience building as it, ‘significantly, engages policy and decision-makers at the operational level.’

The Swedish government supported the RCC meeting through Sida. H.E Mr. Staffan Herrström, Ambassador of Sweden to Thailand, spoke on the importance of preparing for natural disasters in ways that are inclusive of the most vulnerable groups in society. He highlighted Sweden’s ongoing support to ADPC and other partners to build resilience to disasters in Asia and the Pacific. 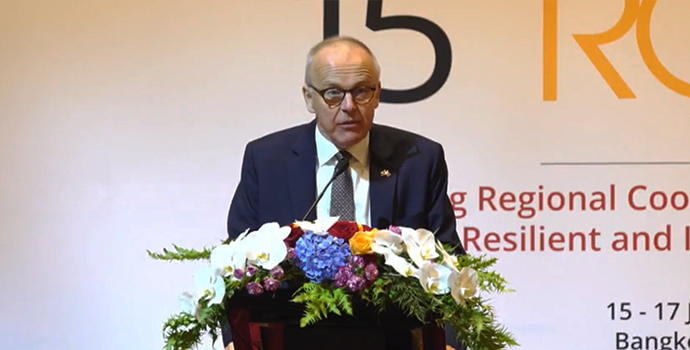 H.E Mr. Staffan Herrström, Ambassador of Sweden to Thailand, addresses the participants of the 15th RCC on the fundamental values of integrating gender-equal and human rights-based approaches in reducing the risk of disasters and enhancing resilience.

Thailand is the current Chair of the RCC, and the Republic of Korea has expressed its interest to host the 16th meeting of the RCC.