Participants pose for a group picture

Asian Disaster Preparedness Center (ADPC), as part of technical support in implementing priority activities of Bihar DRR Roadmap (2015-30), is supporting the Disaster Management Department (DMD) in rolling out training and capacity building initiatives. Through targeted training curriculum and sessions, DMD has taken measures to strengthen emergency response capacities both at state and district levels. In this process, dedicated work force has been deployed in State Emergency Operation Center (SEOC) and District Emergency Operation Center (DEOC) for management and operations. 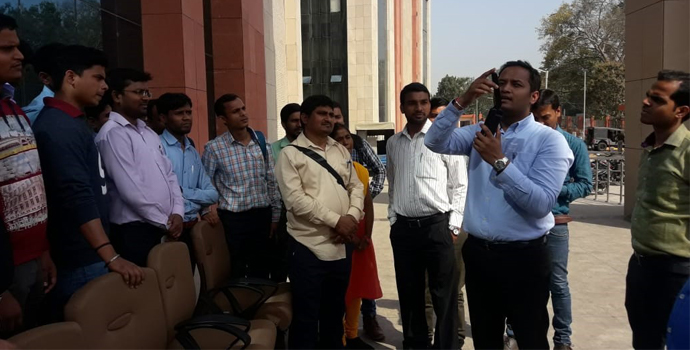 Training facilitators demonstrating how to use satellite phones

The introductory course, organized on 14 and 15 March, 2019, developed participant's understanding of EOCs, systems and mechanism of emergency communication as well as operational areas, and clearly defined roles and responsibilities on various aspects of EOC management with special reference to the state of Bihar. Wireless communication using satellite phones is one of the most reliable forms of communication in disaster situations. 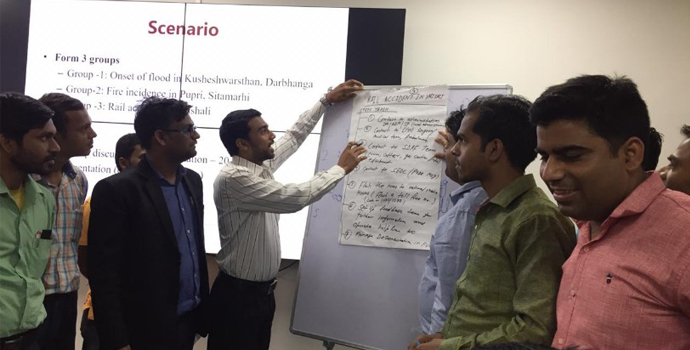 Participants from emergency functionaries present during a group exercise

To better prepare the government functionaries, the Government of Bihar has provided satellite phones in various districts of Bihar to systematize emergency communication in the state. A detailed demonstration on usage and operational aspects of these phones was an important step in orienting the participants on preparedness.

In addition, the training course also touched upon aspects of preparedness and response in delivering the course. This intervention is part of Program for Strengthening Preparedness for Emergency Response and Recovery India (PROSPER-India) implemented by ADPC with support of Bill and Melinda Gates Foundation (BMGF).